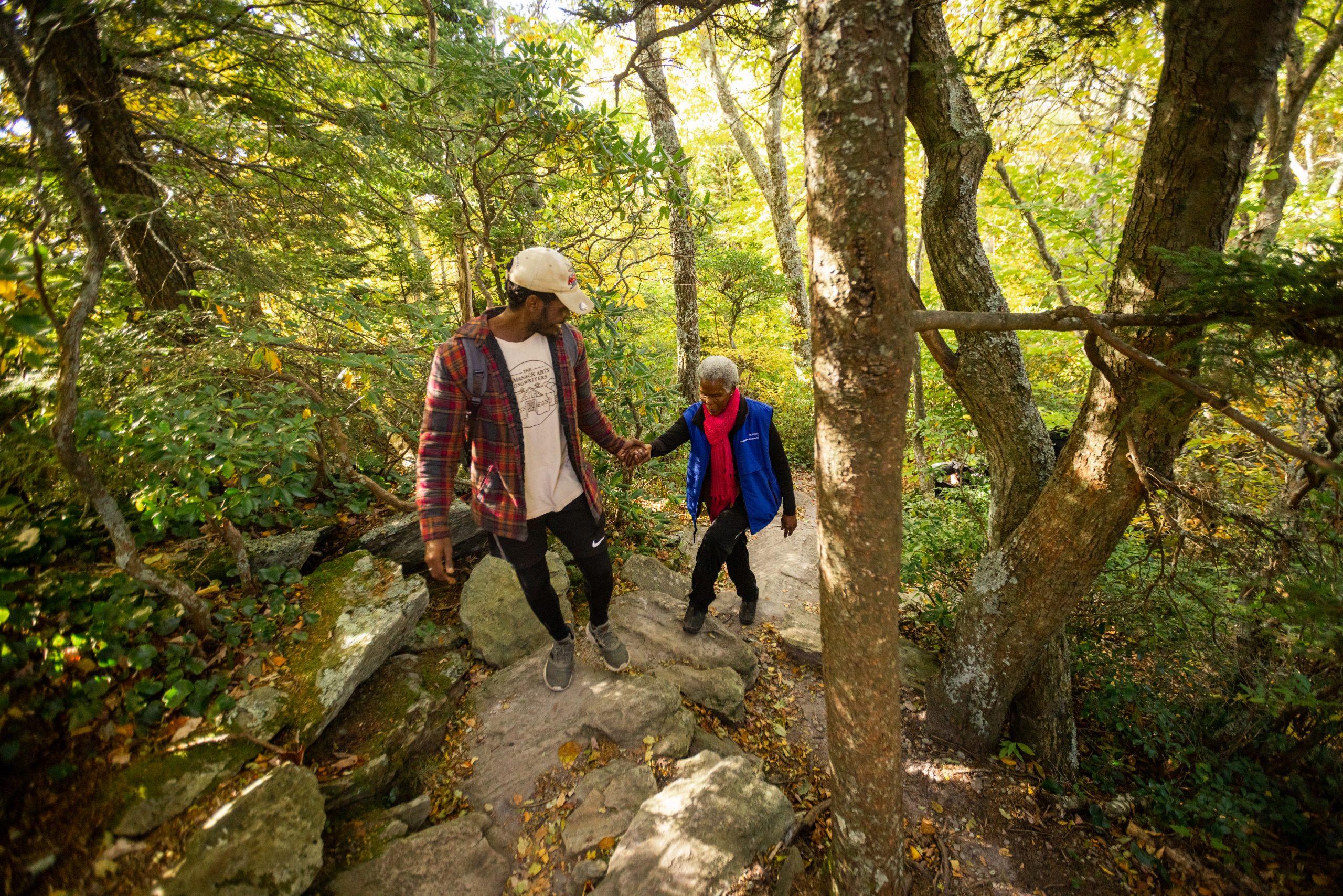 2023 is Year of the Trail in the Great Trails State, but how did we settle on North Carolina as “The Great Trails State” anyways? As with most anything, there is a bit of historical significance behind it all. Let’s take a quick look at a few things that explain how we got here.

From the coast to the mountains, North Carolina stretches about 500 miles, east to west, and about a third of that distance north to south at the widest point. Over a hundred years ago, when people started traveling by car, the roads were absolutely terrible – it takes some imagination to fully understand this, but the roads of those days are nothing at all like the roads we imagine now and even the most pot-hole filled, rutted out gravel road one could find would be an interstate compared to back then. In fact, the roads in NC were the worst in the entire country at that point.

Travel was treacherous. Cars struggled to get anywhere efficiently and effectively, often getting stuck in mud or winding up on roads that didn’t really offer a smooth connection to anywhere else as they weren’t only worse, but they were far, far fewer. The expression “going around your elbow to get to your thumb” could have easily been an analogy for the trip to the next town over that required some really extreme route-finding and navigating to accomplish!

At the turn of the century, the “Good Roads Campaign” was started, and it changed that. This movement helped increase awareness of and legislative funding for the state’s roads and eventually earned North Carolina, with the largest state-maintained highway system in the country, the nickname of The Good Roads State.

Now, we could talk a lot more about the Good Roads movement and all of the history there, and, while it’s a fascinating bit of history, we’re here to talk about trails. Over the last 100 years, industry in NC has come and gone, it’s developed and changed the landscape of the state. From timber and textiles to furniture to tourism, many of the industries of North Carolina are interconnected not only through supply chains and highways but also through the DNA and cultural fabric of everyone in North Carolina – the jobs all of these industries provided and still provide directly contribute to the quality of life and well-being for many North Carolinians.

Just like the good roads that connect one city to the other and provide a means for transportation and movement of goods and services, trails provide a vital link and resource for North Carolina in a lot of different ways. The rich culture and natural resources of the state are why many choose to and have chosen to live here. It’s why people travel here on vacation, seeking outdoor recreation in the mountains, beaches, and rolling hills – bringing billions of dollars and hundreds of thousands of jobs into the economy. At the heart of this is North Carolina’s robust trail system, and like good roads, great trails don’t build and maintain themselves…it takes a movement.

In 1973, the North Carolina Trails System Act marked the beginning of NC’s trails program. 2023 is the 50th anniversary of this, and with that, 2023 has been officially designated as the “Year of the Trail” in North Carolina, the Great Trails State. The Great Trails State Coalition is charged with helping North Carolinians and visitors alike to get out, celebrate, and utilize the thousands of miles of greenways, paddle trails, singletrack, bridle paths, and other trails already in the state. Alongside that, the aim of the campaign is to increase funding for trail maintenance and new construction projects and to raise awareness of the many benefits trails can and do bring to communities for both the health of those who live there as well as the economy.

There are so many ways to be involved, and the Great Trails State Coalition is working to highlight all of those as 2023 progresses through the Year of the Trail campaign. Follow along on our social channels and website as we show how North Carolina’s trails can be used to take a walk with your family to a new to you place right in your community, paddle down a river to a campsite for a night, mountain bike the best trails around, trail run to a scenic overlook for a sunset, and explore the many wonders of the state. We’ll show you how to get involved, work with your neighbors and communities to create new trails and accessible opportunities for all, encourage a friend to try something new, and how to help build a better future for everyone.

From the highest mountains in the Eastern US to the beaches on the coast and everywhere in between, there’s a way for every North Carolinian to celebrate trails in 2023 and to keep the momentum going in years to come. After all, North Carolina is The Great Trails State.